Bark chipping or bark mulch is an invaluable addition to all gardens as there uses are endless and they bring many advantages to gardening. Bark chippings that is available for sale in Ireland generally comes from spruce plantations and is the waste or left overs from sawmills milling processes. Bark can come in a range of grades and size and each has its own specific use 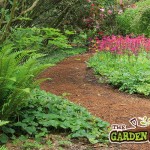 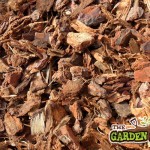 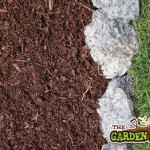 In general we can say that we use bark chipping as a mulch or cover for soils. The number one reasons for using bark chippings in gardens is to keep weeds down. The bark works by supressing light to the soil surface and hence reduces the likelihood of weed growth. For bark chippings to work sufficiently you would need at least a 4” (100mm) layer – this will ensure that the light does not penetrate through to the soil but also, with a 4” layer of bark the bark will remain wet and this means it won’t become light and blow away

Bark chippings has other benefits for the soil – it keeps the soil temperature regulated so that it is warmer in winter and cooler in summer. Bark also ensures that soils remain moist by slowing down evaporation and you will find that the soil under bark chippings is almost always damp.

Bark chippings will also preserve the life of a porous & soaker hose. These hoses are prone to cracking & splitting from frost and sunlight. But if you lay a 4” layer of bark over the top of these porous hoses then you can prevent the elements from damaging the pipe meaning that your irrigation system will last much longer

Bark also improves the look of a garden – with all beds covered in a neat layer of bark chippings the beds and layout of the garden can really stand out and the plants that have been planted can really look impressive. Bark gives a professional finish to gardens