The Tulips Bloom and Bust

In our current economic climate it might come as a shock to hear that house prices was not the only commodity subject to crazy price fluctuations. But believe it or not, but the humble tulip bulb was too once the maker of its own economic storm. It was back in the 1700’s and began before Holland was even aware of Tulips.

The Tulip is not native to Holland and when it was first introduced it took the country by storm. A freakish popularity and demand for the bulbs took hold and a price frenzy quickly ensued. It is said that growers were selling single bulbs for the equivalent of 1250 dollars in today’s money 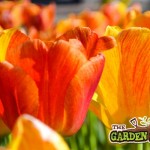 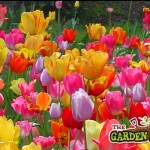 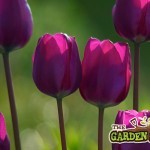 The frenzy took hold when word spread that a grower was offered 3000 guilder for one single bulbs – the grower refused the deal! This, at the time was a significant sum of money, yet this wasn’t enough to convince the grower to part with his beloved Tulip bulb. As the story spread, demand for the Tulip bulbs grew and so too did the price.
Huge sums of money was being made in the sale of tulip bulbs, but money wasn’t the only thing being made as some desperate buyers were willing to offer anything and everything to get their hands on the sought after modified food storing stems!
Things really came to a head when it was proclaimed that the bulbs were ‘too valuable’ to be sown into the ground! So most owners would instead keep their bulbs on display as trophies of their lustful insanity
Of course, as we now know, with every boom comes a bust and this was true for the Tulips too. Sometime around 1636 the value of the Tulip sank and with it many growers were left out of pocket and the market completely collapsed – Tulipmania was over!
Luckily today there are again, many successful growers around both the UK and Holland and with that hundreds of varieties and variations of Tulips to choose from and grow in your garden. Luckily also it won’t cost you an arm, a leg and a year’s income to appreciate your own Tulips growing in your own garden.