Trays, Plugs or Modules – Which is Best for Sowing Seeds?

Which is the best pot or tray to start seeds and to raise seedlings in? The short answer is; all of the above. This is because the different of seeds we sow grow in different ways and all have different potting requirements.  The different modules, pots, plug trays and seed trays offer different sizes and depths of rooting area making each unique and suited to a specific crop. 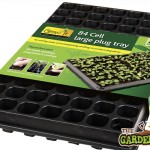 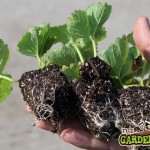 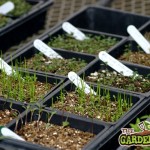 We use plug trays and other pots and trays to start of seeds indoors. Starting seeds indoors allows us to take better care of the seedlings in the early weeks. It also allows us to extend the growing season by sowing in early February and then transplanting out in early April. Sowing indoors therefore can also save space in the vegetable garden for other crops. Once these crops are harvested the indoor grown seedlings can be transplanted out.

Plug Trays: Plug trays are used for raising a large amount of seedlings in as small a space as possible. Often plug trays come in sizes of 84 plugs per tray and take up only a small space. Plug trays allow seedlings to be raised for about 6 to 8 weeks until they are large enough for transplanting on. These 6 to 8 week period is the time it will take for the seedlings to use up the nutrients in the compost and in this time the seedlings will be large enough to be planted outdoors. Crops that are suited to growing in plug trays include: cabbage, lettuce, spinach, kale, celery & radish.

Seed trays: seed trays are differ from plug trays as they have a single, large cell and are not divided into individual cells. This makes seed trays versatile and suited to growing a wide range of seedlings. The single open tray means that you can grow a large number of smaller seedlings or you can grow a small number of larger seedlings. Ideally single cell trays are used to grow salad crops such as those cut and come again crops that can be sown en mass. They are also suited to growing thyme, chamomile, chives, lettuce and celery

Modules or multi cell seed trays are similar to plug trays as the tray is divided out into individual cells. However with modules the cells are larger and this means that they are suited to growing larger seedlings. Modules are perfect for growing all vegetables before transplanting on into larger pots or directly out into the garden. Vegetables such as radish, lettuce, cabbage, Beetroot,  most herbs can be started in modules

Plants pots such as 9cm pots are best suited for growing larger vegetable seeds including tomatoes, cucumber, cauliflower and also broccoli as broccoli does not like to be pot bound.

Of course plug trays and other pots and trays are not suitable for raising root crops such as carrots and parsnips or onions as these should all be sown directly where they will be grown.