Use Frost Cover When You Need It Most

The Ground may be frozen and the plants still, but as ever busy gardeners is still pottering around a garden putting the last things in place before he himself hibernates for the winter months. That right, all of two days from December 24th to December 26th are the gardeners only days off, but don’t assume he won’t still be thinking off how his plants might be fairing in those cold, long two days of rest. One task that should be on every gardeners to do list before their Christmas break is to wrap up all they’re tender, half hardy and exotic plants in a frost fleece. As its only fair; if you’re indoors keeping warm then shouldn’t your plants be warm too. 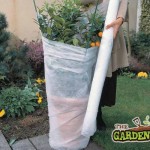 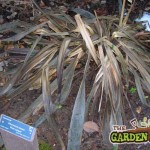 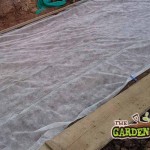 Every winter we here predications for the worst frosts on record and so much so that it’s hard to take anything seriously anymore. This can often leave in a position of being completely unprepared for whatever weather we end up getting. The winters of 2009 and 2010 were particularly cold and it’s fair to say that most learnt a few hard answers in regarding what plants you can grow and what plants you probably shouldn’t grow in Ireland. This list turned out to be quite a bit longer than I had expected, and quite a bit longer than I am willing to accept and that is why I continue to plant and grow some tender plants such as Phormiums, Hebes, Choisya, Trachelospermum and Ceanothus. All these plants could perish in temperatures of -10 to -15 degrees. I that is why I will be out over the days leading up to Christmas wrapping them in frost fleece.

Of course bad frosts can happen any time from early October to mid May and so its always best to a supply of frost fleece ready and waiting for when you need it most. Having a roll on hand can be the difference between loosing and saving your price plants from the winter elements. And there is nothing that will replace a mature shrub growing in the ground other than and new plant and many years waiting for it to grow to that size.

There are many different Frost fleeces available and they come in different sized rolls and different thicknesses.  If you want to cover a semi mature shrub you may need a 2M wide roll, and to insulate and protect your shrubs from a heavy frost that is common in our winter months you would need a frost fleece of around 40 grams per square metre or more.  A fleece of this strength would be capable of protecting your plants to -8 degrees Celsius.

Frost fleece can be used not only on shrubs in the ground but also on container grown plants and even to protect delicate seed and bulbs that you are storing in your garden shed. It can also be used to insulate a greenhouse, Insulate bags of lawn seed and even can be used in spring to protect crops against butterflies and caterpillars.

Use a garden scissors to cut the roll to the size you need and simply wrap it around the plant. Use garden twine or tying tube to tie and hold the fleece in place. It should be tied tightly as it will probably need to be kept in place until late February.