When to Not Use a Garden Shears

Garden Shears are an essential tool in the garden but there use has been extended to areas where they should not be used. Shears are perfect for trimming hedging and shaping topiary balls. Their long blades makes quick work of hedging meaning you can cover large areas for work your way through hedging in no time 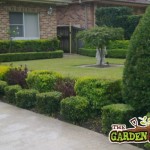 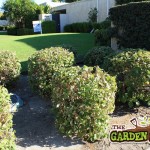 However people have forgotten to put down the garden shears and pick up a secateurs or loppers for the more delicate and precise work of pruning. As a result shears are used for all forms of pruning and this can lead to poorly shaped plants.

The art of pruning is a slow and measured process where each individual stem and growing point along a stem must be considered before cutting. With a garden shears entire sections of plants are removed in one go without concern for development of plant shape. While using a shears can be a lot quicker the end results are less desirable. Because shears lend themselves towards a even, or straight cut or a curved and rounded cut all plants in your garden will end up developing this less than natural appearance. Instead all plants begin to looks a series of blobs, humps and mounds. This is a form of Total Topiary in the garden, but as the topiary forms are anything but elegant a more appropriate term of ‘potatopiary’ is more applicable.

Pruning with a garden shears can lead to the following plant problems:

Ideally a gardener should use sharp and clean secateurs for pruning all deciduous trees and shrubs, roses and fruit trees. With each cut of the secateurs thought should be given to the future development and framework of each plant.

When plants are ‘chopped’ or ‘sheared’ with a garden shears other a small fraction of each stem is removed. This leads to each stem developing new shoots and in turn creates a denser outer canopy.

The shape a plant takes is known as its habit, this is the natural form it takes. When pruning it is this shape that should be considered and encouraged through formative pruning. Some plant shapes include arching, spreading, open, mounded, trailing or columnar. With each garden containing a balance and mix of all these plant habits and forms a more interesting planting schemes can emerge

Plants that have been cut and sheared for many years using a garden shears can be recovered and reformed into its original and natural form. This process can take a few years to complete. The process varies depending on the natural form you are trying to restore and the degree to which the plant has been sheared and shaped in the past. The first step is to thin out the canopy and open the plant up. Then formative pruning of the remaining branches should be carried out to encourage the plants orginial shape. This process should continue each spring until the plant resembles its former self.