Solanum tuberosum, the humble spud has been a centre piece of both Irish history & Irish dinner tables for many a year.

Potatoes first originated from Peru where they were first cultivated over 7000 years ago. Their popularity stems from the fact that they are packed full of carbohydrates & could be easily stored to feed people over the barren Winter months. It was this that fed the Inca civilization & as the popularity of the potato grew, new varieties were introduced for cooler climates.

With the Spanish invasion of South American, the potato made its way to Europe, & eventually to Ireland where pre-famine varieties such as black, yellows, cluster, Irish apple & lumper were grown, most of which can no longer be found. Lumper was by far the most commonly grown variety at the time of the famine & this variety was highly susceptible to blight.

Lumper was a poor quality seed potato but it produced high yields in Irish soils and this was the reason for its popularity. It is thought, that most pre-famine potatoes were very susceptible to blight and it was only after this event that growers started to focus on growing blight resistant varieties. 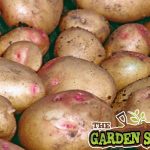 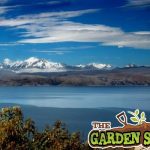 After the famine, 2 varieties that showed good resistance to blight grew in popularity these were rocks and champion. Rocks made up 40% of production in Ireland by 1880. Champion had been grown in Ireland in small amounts but by 1894 it had increased to 27% of total production. Champion was popular for its excellent cooking qualities.

Many of the modern varieties that are still available today were all grown back in the mid to late 1800s. These include

But work has been ongoing in Oak park in Carlow where many, now well know varieties have been developed by breeders, all of which are being breed for both great taste & blight resistance, These include